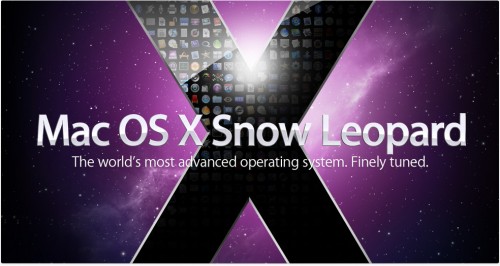 I wrote a little commentary on my other site, The Veneziani Journal, regarding Mac OS X Snow Leopard and its pricing. At $29, this is a huge issue which could significantly affect both Microsoft and Apple. My tale of the take:

Apple is pulling out its big guns this year. The thing in particular I’m referring to started at the WWDC keynote and will conclude in September of this year. I am talking about OS X Snow Leopard. Apple decided to price this OS at $29. While it’s really just an upgrade (albeit a major one, complete with lots of doo-dads) to Mac OS 10.5 Leopard, Snow Leopard’s pricing scheme allows it to easily penetrate Microsoft’s OS market share. Think about it: Would you pay $29 or $199 for an OS? Sure, Snow Leopard is tied to Apple hardware, but it’ll drive even more people to go out and purchase used equipment, essentially setting the tone for a Mac revolution.

If you’d like to read the whole shebang, head on over.