Steve Fossett: Is He Dead? Probably 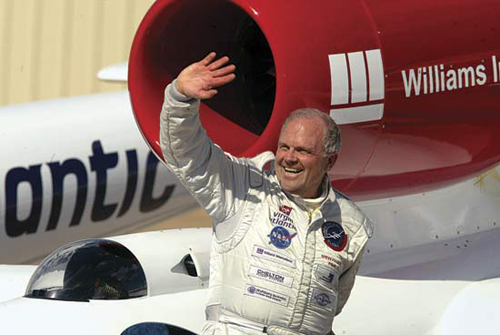 For those unfamiliar with who Steve Fossett is: he was the first person to fly solo, nonstop, around the world in a balloon. He went missing in September of 2007 over the Nevada Desert, with no trace of his plane or himself ever discovered. He was officially pronounced dead by a courtroom judge February of this year.

But some are claiming he’s still alive, that he’s faked his own death due to personal problems.

“I discovered that there is absolutely no proof that Steve Fossett is actually dead. I’m not a conspiracy theorist, I’m a man who deals in facts, and I don’t really care if he is alive or dead, it make no difference to me. What I am interested in is the truth – and a proper criminal investigation of this man’s disappearance was never undertaken by law enforcement or officials in the state of Nevada.”

Davis is quoted as saying he doesn’t care if he’s alive or dead. What an asshole. Anyways, what it boils down to is many hidden variables of the case. Why did Fossett take off without emergency equipment? Was the plane he disappeared in quickly disassembled and hidden? Where would he go? Like Amelia Earhart, there are many unanswered questions to this case. Then again, people are less likely go to missing without a trace during these days of airborne surveillance in the sort of manner that turns up absolutely no evidence. Who knows if we’ll ever find the answers we’re looking for? If his wife believes he’s dead and he hasn’t accessed any of his assets since his disappearance, isn’t that good enough?