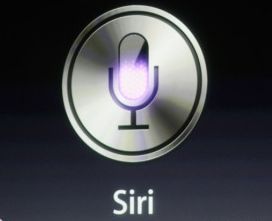 Since the announcement of the Apple iPhone 4S, everyone’s been talking about Siri, Apple’s AI personal assistant. Siri was at first met with skepticism, and then with praise as the analyst reviews of the iPhone 4S started coming in.

Well, one reviewer at Gizmodo couldn’t resist having a little bit of fun with Apple’s artificial intelligence bot. He pitted two Siris against each other, using the voice input to get them to interact. The result? Totally hilarious.

It’s kind of like telling Cleverbot to talk to itself — it’s not really a fair test of the AI’s abilities. However, it’s definitely entertaining. Check out the video at the source link.