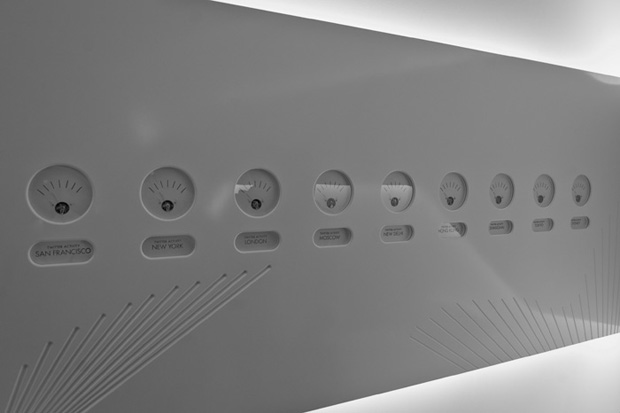 Those of you interested in the anthropological patterns of social networking might want to plan a trip to British Library’s Growing Knowledge exhibition, where CASA’s (Centre for Advanced Spatial Analysis) Tweet-O-Meter currently calls its home. The Tweet-O-Meeter is a real-time analog monitoring system that tracks the current Twitter activity of 9 major cities.

The machine was developed to help better understand “social dynamics among Twitter users around the world.” But we imagine the result is a sort of timezone effect, where you could roughly estimate the time of any given city just by monitoring the Twitter usage.