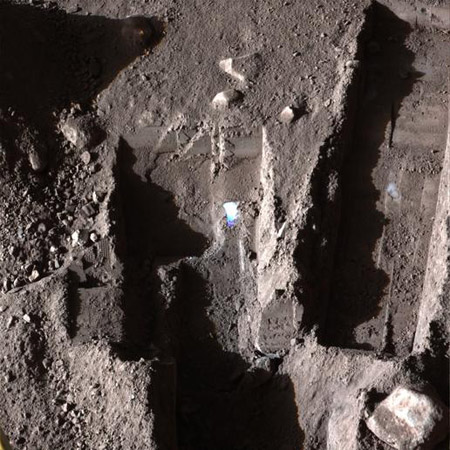 The Phoenix Mars Lander has given NASA and scientists an unimaginable amount of information. It discovered both water and snow on Mars and has helped paved the way for exploring for life in outer space. But all good things must come to an end and after a Martian dust storm, combined with the harsh winter conditions on the surface of the planet, the time has come for the Phoenix to shut down and die. NASA has declared the mission officially over and the lander is now shut off and dead.

If you’ll recall, the mission cost about $475 million. I think you’ll have to agree that it was money well spent considering what we discovered. I call dibs on the lander wheels when we all move to Mars in 2056.