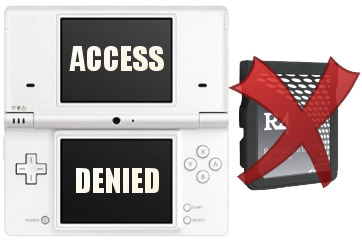 Sorry to burst your bubble, pirates, but it seems that Nintendo’s next handheld unit will block flash carts used for pirating games. It took Nintendo a long enough time to take legal action against the creators of such flash carts as the R4 or N5, now it’s making damn sure that no one is going to illegally emulate its games.

The following flash carts are confirmed not to work on the Nintendo DSi:

Good news for developers, bad news for pirates. I’m skeptical that Nintendo can prevent piracy hitting the DSi altogether. After all, when there’s a will there’s a way and there is no one more dedicated or persistent than a pirate.