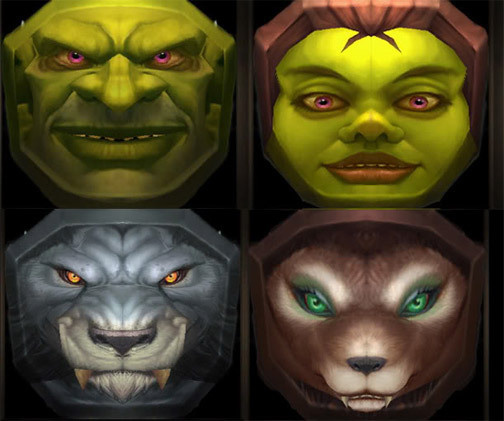 An exciting rumor is floating around the gaming world. Thanks to the power of data mining, hackers have uncovered some interesting new data in the newest patch of World of Warcraft. Hidden in the patch are Halloween mask models, which are used during the in-game Halloween festivities, allowing your toon to dress up like a different race.

The important piece of information here is the the appearance of Goblin and Worgen masks. In years past, the masks have traditionally been able to disguise characters as races already present in the game. These mask models could suggest that the Goblin and Worgen will be included as new playable races in the next expansion, rumored to be called Cataclysm.

What’s particularly interesting is that until now, I don’t recall ever seeing a Worgen which appeared so feminine. In fact, these Worgen would appear to be a different species than their wilder kin. The Gnome would be a suitable addition to the horde, a counter to the tiny alliance Gnomes.