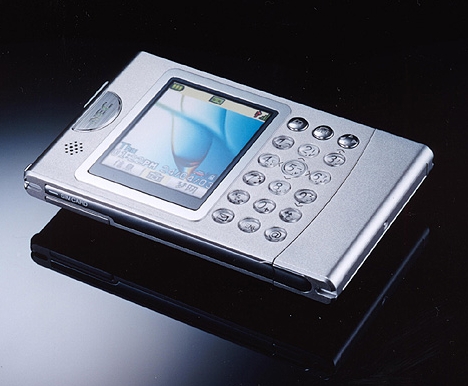 Rumors have been going on that NEC would quit the overseas cellphone market, in fact, it has been a while since we last saw a new NEC 3G device. NEC might not be known to you, but the company has been the largest cellphone maker in Japan for years, with the highest domestic shipping volume. It was only until recently that Sharp has taken NEC’s place and become the number one in market. Anyway, according to the employees of NEC Telecommunications China, the Japanese mother company has already made the decision to dissolve the company, stopping 2G/2.5G GSM cellphone development, whilst retaining the 3G department, it is unsure whether the department will combine with branches elsewhere (Hong Kong perhaps?). Most of the NEC i-Mode phones you see were mainly developed in China, the 8.6mm thin card phone pictured above (years before RAZR) were also designed in China. This might be bad news to Japanese phone fans, with the quitting of Panasonic and Mitsubishi, now we are only left with Sharp and the Eurasian SonyEricsson. No news on how the overseas 3G business or Hutchison-3 partnership would continue, but it is puzzling to see the company being so protective with their domestic technology, their 5 Megapixel phone cameras and VGA+ screens. —Sam Chan

Reviewing the history of NEC [Pcpop]