My Head Hurts, Turn Off The Light 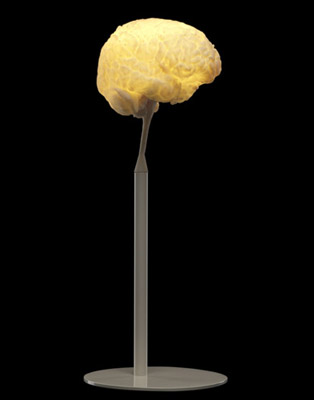 This table lamp designed by Alexander Lervik might look like just an ordinary lamp modeled after the human brain, but it’s so much more to Mr. Lervik. It’s called MYBrain and interestingly enough, it is Alexander Lervik’s brain. OK, it’s not his actual brain but it’s as close as it ever will be while propped on a stand, having light illuminating from it.

The lamp is based on the artist’s real brain after an MRI scanning and processing through a 3-D printer. He’s lucky that 3-D printer didn’t turn his brain into a Little Lamp, otherwise all his colleagues would be poking fun.