DIY MAME Arcade Is A Blast From The Past 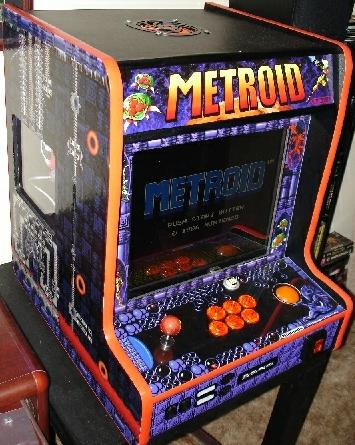 This DIY MAME cabinet is the kind of arcade system you always dreamed of having as a kid.  John Keeler has crafted this work of art and while doing so, was kind enough to throw together a HOWTO so you can build your own.

Aside from some of the neat stuff thrown into this thing, such as two NES, two SNES and 2 Adaptoid adapters built in to the front of the unit for easy retro controller support, the arcade has a custom built-in “Mother Brain” as tribute to Metroid.  Using polymer clay, Keeler crafted two halves of the brain and fit them inside a plexiglass case that lies behind the monitor. It’s as if Mother Brain herself were powering this machine of Metroid glory.