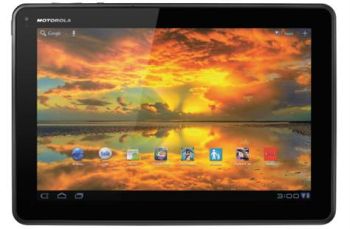 In a tablet market that’s rapidly gearing towards less expensive devices, Motorola’s Xoom tablet still costs from $450 to $500. However, in an effort to appeal to cash-strapped consumers, Motorola has announced that they’ll soon be selling a less expensive, “family oriented” tablet for $379.

This tablet will be available starting this coming Sunday — and will only be able to be purchased from Best Buy. Motorola hasn’t said how long this “deal” will last, saying only that this is a “limited time” pricing arrangement.

The less expensive tablet does have a few downscaled features compared to even the least expensive standard Xoom tablets. However, it does run Honeycomb, and has both a front and rear facing camera.