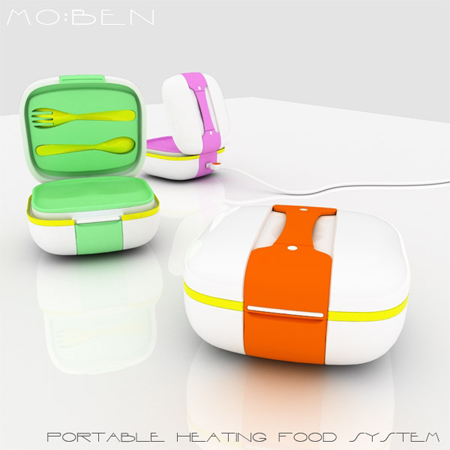 Have you ever seen the Carrot Top flick, Chairman of the Board? (Oddly enough, this is the same line I use to pickup the ladies.) Trust me, I’m embarrassed to admit I’ve seen it too, and almost enjoyed it on some guilty mental plane. Anyway, Carrot Top’s character creates a TV dinner which automatically cooks itself and has enough juice left over to provide the consumer with some TV using a built-in display. Needless to say, they were a big hit in the film.

MO:BEN, designed by Alex Cheong, is sort of the same thing, except with less radioactivity and more boredom (no TV included). The device is a portable food container which has a built-in heating and insulation system. So in theory, it could automatically heat your food to preheated temperatures of deliciousness. Also included are two handy eating utensils, perfect for the non-cavemen among us. More pics after the jump. 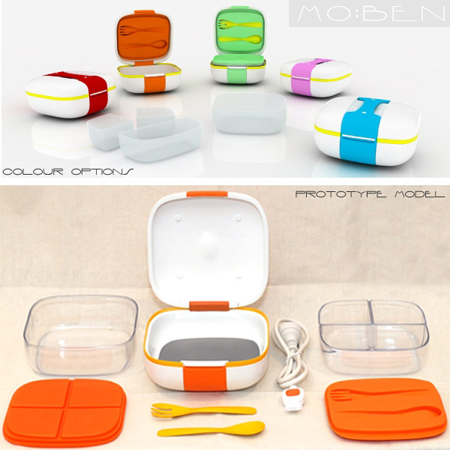 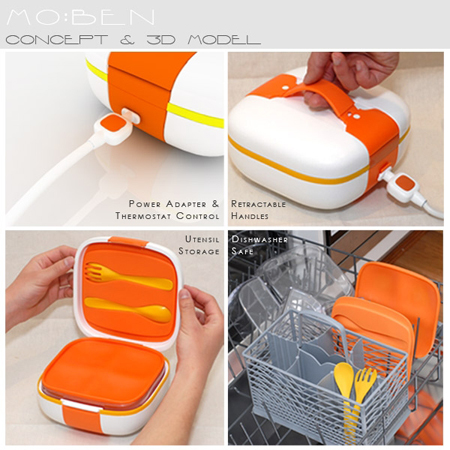