Today, Microsoft made the announcement that within the next year, Steve Ballmer (who has been with Microsoft since 1980, and has been CEO since 2000,) will retire. 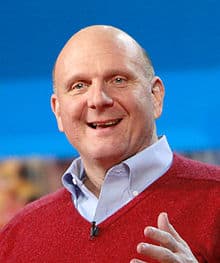 Ballmer is staying on board for the next twelve months so that a team of Microsoft representatives (including Bill Gates) can find an appropriate replacement for the position of CEO. Despite his retirement announcement however, Ballmer is said to be staying on to oversea the “transformation to a devices and services company.” This means that whoever is taken on as his replacement for the position will likely have a more service oriented background. In his internal letter to the company, Ballmer is noted as saying that he would have preferred to maintain his position until the Microsoft transition was well underway; however, this is the right time for his departure.