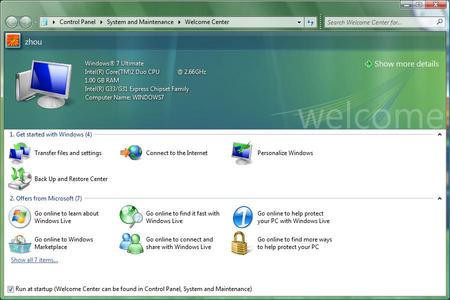 Up until now, Microsoft was peddling Windows Vista as it’s latest and greatest operating system. Sure, the company had briefly mentioned Windows 7 but it was just a codename and not much came out of it. Today, Microsoft is giving Windows 7 it’s official name and will be releasing developer betas soon. The official name of the next OS? Windows 7. Yup. Seems Microsoft was peachy with not changing the name since it’s the seventh Windows release.

What do you think? Dumb name? Glad Vista is finally coming to an end?