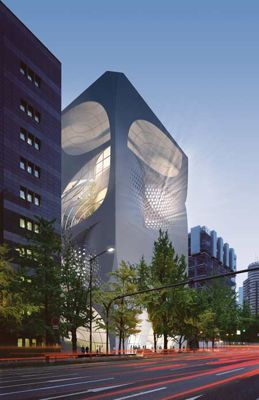 French design house Louis Vuitton has a reputation for ostentatious urban displays and Tokyo is a hotbed of over-the-top luxury consumption, so it should come as no surprise that Vuitton’s planned Tokyo flagship store is going to have an innovative design.

Vuitton is being tight-lipped about when their Tokyo store will open and where in the city it will be located. Created by architecture firm UNstudio the building is based around a “leaf shape” that’s supposed to evoke the legendary Louis Vuitton monogram. Another prominent feature of the LV store are large window banks, which according to UNstudio, comply “with the necessity for discreetness [sic] with respect to visibility from the outside.” I guess with all their fancy design software the UNstudio architects don’t have any room on their computers for spellcheck.

After the jump, check out more pics of high-tech Japanese retail madness. 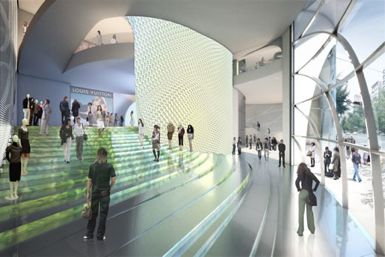