June is “Don’t Get Struck by Lightning” Month 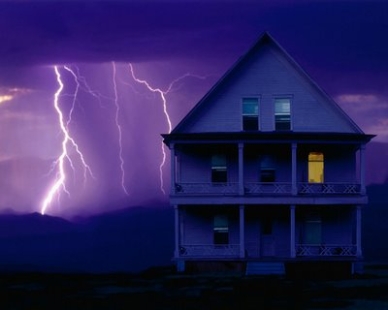 There’s always something interesting going on at the NASA website, be it creepy asteroids stalking our planet or freak storms on Saturn. This month, NASA has announced that June is “National Lighting Safety Awareness Month”! How… exciting.

According to NASA, lightning is actually the #2 killer during severe weather episodes. I would have thought that metal debris flying at 200mph or freak flash flooding would be more common. When’s the last time you heard about mass casualties from a lightning strike?

On Thursday, June 23rd, NASA will have one of their atmospheric research scientists available to answer any questions you might have about lightning science. Oh, we know you’re just dying to know about terrestrial gamma ray bursts, or how lightning can act as an early-warning system for severe weather. If that’s your cup of tea, you can join the chat from 7-8pm EDT on the NASA website’s “Lightning Awareness” page.