9 long years after Starcraft’s release, the long awaited sequel has finally been announced. The riot squad held position as the announcement was made in South Korea, in preparation for the blood bath that could of been over the excitement of the next Blizzard release. Here’s the down low on the game

Very intelligently, Starcraft 2 will not be a MMO, as it was rumored it would be, but rather the God controls similar to the original game. The game will feature the three races; Protoss, Terran, and Zerg, in the classic style of balance Blizzard games are known for. Starcraft 2 will feature a single-player campaign mode, along with a redesigned version of Battle.Net for smooth internet play. Screens and press release after the jump. 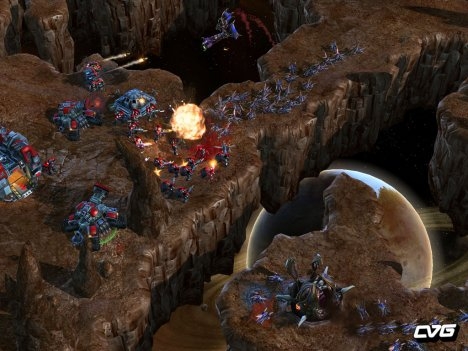 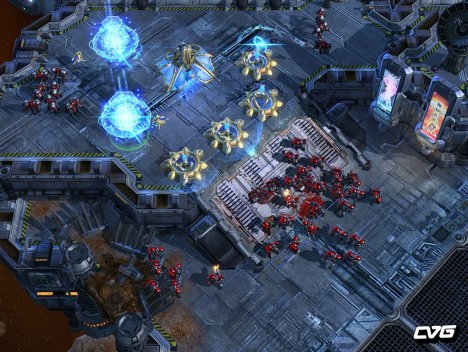 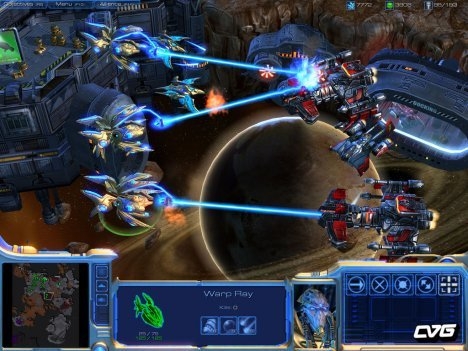 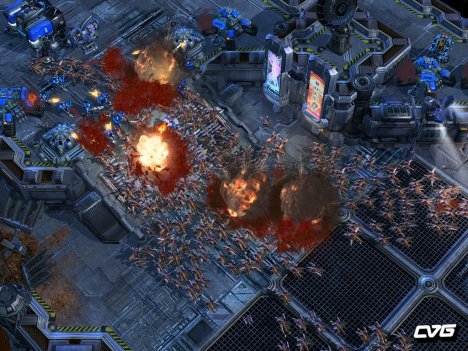 SEOUL, South Korea “ May 19, 2007 “ Blizzard Entertainment Â® today unveiled StarCraft Â® II, the sequel to its award-winning real-time strategy game StarCraft, at the 2007 Blizzard Worldwide Invitational event in Seoul, South Korea. The announcement took place inside the Olympic Gymnastics Arena, in front of thousands of attendees, who received a presentation that included a StarCraft II cinematic trailer and a gameplay demonstration by the development team.

Designed to be the ultimate competitive real-time strategy game, StarCraft II will feature the return of the Protoss, Terran, and Zerg races, overhauled and re-imagined with Blizzard’s signature approach to game balance. Each race will be further distinguished from the others, with several new units and new gameplay mechanics, as well as new abilities for some of the classic StarCraft units that will be making a reappearance in the game. StarCraft II will also feature a custom 3D-graphics engine with realistic physics and the ability to render several large, highly detailed units and massive armies on-screen simultaneously.

“With StarCraft II, we’ll be able to do everything we wanted to do with the original StarCraft and more,” stated Mike Morhaime, president and cofounder of Blizzard Entertainment. “We recognize that expectations are high following the long-running popularity of the original game, but we plan to meet those expectations and deliver an engaging, action-packed, competitive experience that StarCraft players and strategy gamers worldwide will enjoy.”

StarCraft II will include a unique single-player campaign, as well as fast-paced online play through an upgraded version of Blizzard’s renowned online gaming service, Battle.net Â®. In addition, the game will come with a powerful, full-featured map editor that will put the same tools used by Blizzard’s designers into the hands of players.

Blizzard is developing StarCraft II for simultaneous release on the Windows Â® and Macintosh Â® PC platforms. Further information about the game, including details on the single-player, multiplayer, and map-editor features, as well as system requirements, pricing, and availability, will be announced in the months ahead. To learn more about StarCraft II, please visit the official website at www.starcraft2.com.

About the StarCraft Series
Since its debut in 1998, the original StarCraft has won unprecedented critical acclaim and has remained a staple of tournament gaming worldwide. The game’s expansion set, StarCraft: Brood War, also released in 1998, is still considered by many to be one of the best add-on products ever created. To date, the series has sold more than 9.5 million copies worldwide.* StarCraft’s gritty sci-fi universe has also spawned numerous complementary products, including several novels and action figures, as well as a pen-and-paper role-playing game.

About Blizzard Entertainment, Inc.
Best known for blockbuster hits including World of Warcraft Â® and the Warcraft Â®, StarCraft Â®, and Diablo Â® series, Blizzard Entertainment, Inc. ( www.blizzard.com), a division of Vivendi Games, is a premier developer and publisher of entertainment software renowned for creating some of the industry’s most critically acclaimed games. Blizzard’s track record includes ten #1-selling games and multiple Game of the Year awards. The company’s online-gaming service, Battle.net, is one of the largest in the world, with millions of active users. In South Korea, Blizzard is regarded as having played a major role in bringing about the birth of professional gamers and game broadcasting. Furthermore, its games are acknowledged as one of the key drivers behind the popularization of South Korea’s PC game room business.