It Takes Two To Make A Thing Work Right 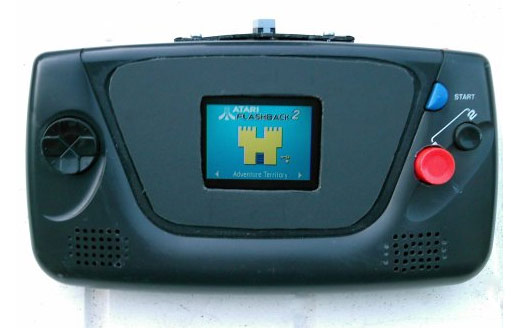 Here’s a DIY system that can only be described as “horrendous.” Someone took a shitty Atari 2600 and shoved it inside a shitty SEGA Game Gear system. Both systems had their flaws, so combining the two should result in a big ol’ shitpile of a console. It uses the Game Gear’s backlit screen and uses the Atari for the actual gaming. With over 40 built-in games and a cartridge slot rigged up, you could game for hours. 7-8 hours to be specfic. Damn AA batteries! Hey, at least there’s no terrorist propaganda involved with this mod.