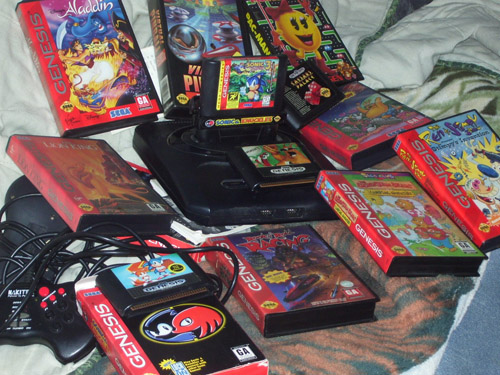 Our biggest fears have been realized. Terrorist groups no longer find satisfaction in just blowing themselves up, now there are reports of terrorists being trained to make detonators out of SEGA games. The terrorists have gone too far. Taking apart classic games for use in terrorist activities is not only a disservice to retro collectors all around the world but also threatens everyday gamers like myself.

“Others still at the much-criticized detention camp there include prisoners who the government says were trained in assassination and the use of poisons and disguises. One detainee is said to have been schooled in making detonators out of SEGA game cartridges. A Yemeni who has received little public attention was originally selected by Mr. bin Laden as a potential Sept. 11 hijacker, intelligence officials say.”

We’re looking at a global crisis, people. With an expected shortage of SEGA Genesis cartridges, what’s a gamer to do?