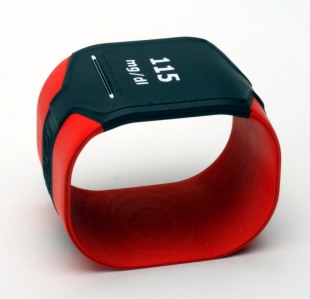 As the rate of obesity grows, so does the number of people with diabetes.  After watching an 8 year old clunking around a bulky insulin pump, designer Nicole Schmeidel figured there had to be an easier way to administer the life-saving fluid. The fruits of her labor yielded this Insulin Watch concept, which not only keeps the insulin pumping, but tells the time.

Piezoelectricity generated from the user’s body help keep this watch up to sink with how much insulin to supply. The watch body, though pretty slender looking, can hold two to three weeks supply of the liquid. Looking more like an average watch than a medical device, this concept would help diabetics better cope with their disease, and not have to tote around syringes everywhere they went. — Andrew Dobrow