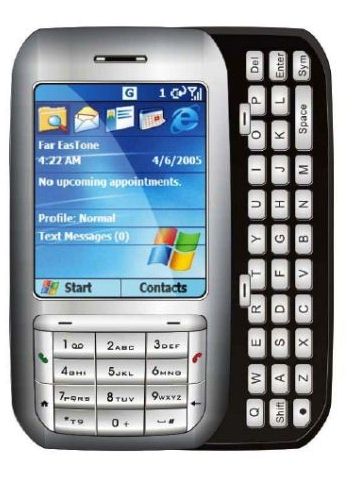 Most electronic companies would shudder at the thought of putting a clunky QWERTY keyboard onto one of their productive and sleek smart-phones, pompous jerks. But with the first details (well actually rumors) coming in about HTC’s Vox is that it will come sporting a full slide-out QWERTY keyboard, which from the pictures, actually looks to be a nice little addition, as long as the display changes sideways when using QWERTY.

Along with the keyboard edition comes the standards of smart phones, including WiFi and Bluetooth. Unfortunately for us gear heads, the camera is only 2 Megapixels, same as the HTC Dash, which is pretty lame considering that my 2 year old cellphone has a 2 megapixel camera as well, and better cameras can now be found on children’s toys. All things considered, the phone is a rehash of the Dash, with an edition of a keyboard. Since the Dash worked fine without the keyboard, you have to wonder what the heck HTC is up to.