HTC Dream: Would The Real T-Mobile G2 Please Stand Up? 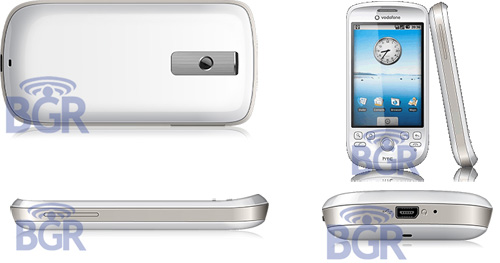 Leave it to the Boy Genius to get yet another exclusive mobile phone leak. This time around, it’s the T-Mobile G2! Except that, it’s not called the G2. In Europe, it’ll be known as the HTC Dream and Vodafone will be offering it to customers sometime this year.

What’s the Dream going to pack? For now, BGR speculates mostly standard stuff: 3.2-megapixel camera, WiFi, HSPA (for high speed 3G connectivity) and some other bullshit like the “Cupcake” version of the Android OS. Finally, there’s also speculation that the name could be changed to “Pioneer” from Dream. Kind of stupid sounding, don’t you think?