Hell Yeah! Futurama is Back! 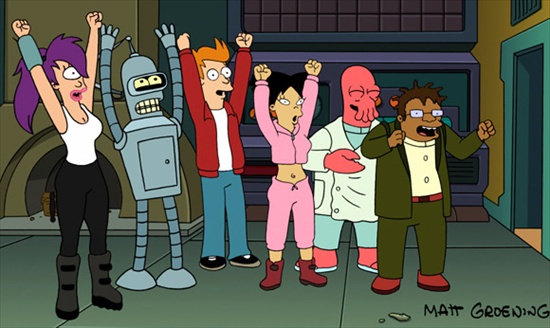 Finally a confirmation! And even more than we expected! A 20th Century Fox rep has confirmed that Futurama will return for at least 26 more episodes. The show’s return is planned for early 2010.

The show didn’t hit its massively popular peak until DVD sales skyrocketed and Comedy Central’s reruns brought in the ratings. While the money is surely the reason Futurama has been picked back up, the details mean little to me. Your favorite animated series from the future is back! And as you can see from the photo above, the crew is mighty excited as well. Can the series live up to its first four seasons?