Untooned Peter Griffin, Not As Good As Pixeloo, But Pretty Damn Close 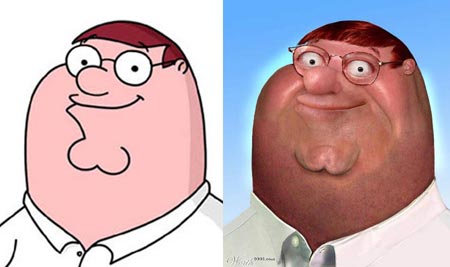 While it’s not the work of untooning master Pixeloo (the artist behind the untooned versions of Jessica Rabbit, Homer Simpson, and Super Mario), this untooning attempt, which was an entry to a Worth1000 “Reality Cartoon” Photoshop contest, comes pretty damn close to the master himself.

If the producers over at Family Guy were to one-day let Peter Griffin star as a live-action character, we can only assume he would look something eerily similar to this untooned version of everybody’s favorite father from Quahog. Hit the jump for a larger shot of the untooned Peter. 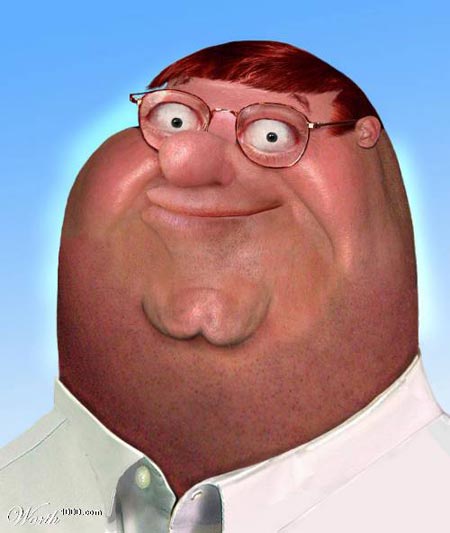