Halo 3 in Church: What Would Master Chief Do? 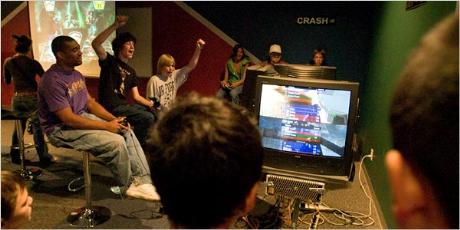 It appears that Protestant churches around the country are using Halo 3 as a recruiting tool to draw in young congregants. This comes despite it’s violent subject matter and mature ESRB rating. Naturally, this development has many churchgoers in an uproar, but supporters argue that Halo is an effective tool in “reaching the elusive audience of boys and young men”–a crucial demographic. So, if you want old people, set up Bingo night. If you want young people, set up a Halo 3 tournament.

Does the fact that Halo 3 helps recruit young men into the congregation justify it’s use in church? According to James Tonkwich, president of the Institute on Religion and Democracy–“If you want to connect with young teenage boys and drag them into church, free alcohol and pornographic movies would do it. My own take is that you could do better than that.” Not necessarily buddy, I like your first idea.—Sean Fallon