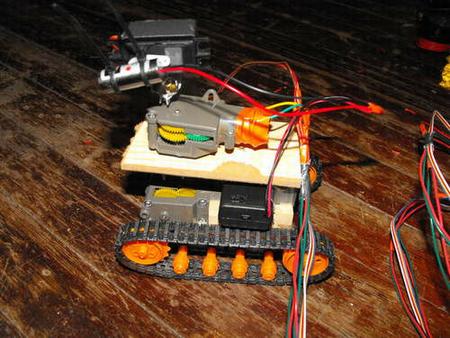 Robotics can be an expensive hobby but cheap robot projects do exist. Instructables member Imadami has made a DIY robot with an Arduino brain that you can build yourself for under a hundred dollars. This remote controlled robot is stocked with a pan and tilt system that could be used to aim a camera or even a USB missile launcher for surveillance and/or scare tactics.

The creator even suggests the option of purchasing additional sensors to make the robot fully autonomous. It’ll sense obstacles in its path, follow a trail of light, smell odors, hear sounds and even know precisely how far it has traveled. You can even turn it into a weapon of mass destruction that slaughters millions.