Consumers Avoid Linux For Their Netbooks 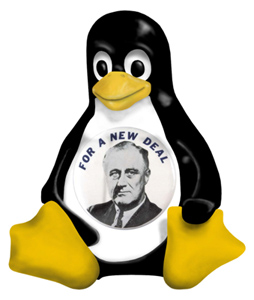 When it comes to netbooks, a Linux operating system drops the price down significantly as opposed to it’s more pricey XP counterpart. As anyone who has ever worked in retail knows: consumers are cheap. Very cheap. It’s no surprise that when they see the price tag of a Linux-based netbook they buy it without thinking twice. They quickly find that they aren’t getting quite what they expected (Windows).

“They don’t want to spend time to learn it so they bring it back to the store. The return rate is at least four times higher for Linux netbooks than Windows XP netbooks.” said MSI’s Director of Sales Andy Tung.

As for myself, I would’ve purchased my Acer with Linux had I found one that fit my specifications. Linux boots up faster and is less prone to some of the nasty bugs on the Internet that are geared towards XP. Plus, any person who knows computers and has touched computers that run on anything other than Windows knows: Microsoft operating systems are haggard. Don’t believe me? Try Vista.