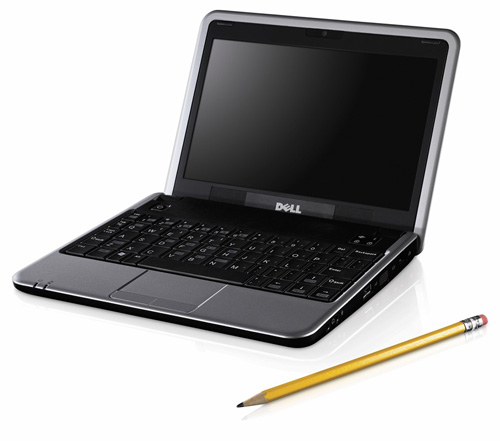 We’ve all seen Dell’s E mini notebook that’s piss small with an 8.9-inch screen but details haven’t emerged aside from specs – until today. Rumor has it that the Dell E is going to ship sometime in August for – wait for it – an astonishing $299. At that price, you’d expect a terrible system but you’ll find decent specs like a 1.8GHz Atom CPU, Linux. On the downside? 4GB of storage, only 512MB of RAM and Linux.

If the specs don’t suit you, fear not: Dell is coming out with a few models, including a premium model that supposedly has a built-in webcam, 1GB of RAM and other features. Either way, if Dell debuts a $299 sub-notebook next month, don’t expect to find them in stock after launch day.