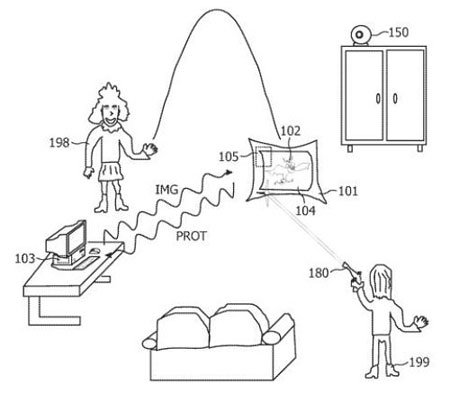 Back in the day when the Nintendo Wii was first released, there were a whole bunch of broken TVs thanks to Wiimotes thrown in fits of anger at the ‘cheating’ computer character in the game. Philips has a recently revealed patent that shows a gaming system which not only encourages, but demands that you toss around your peripherals.

The patent describes an ultra-durable display which needs to withstand the force of being thrown around the room. Yes, the actual monitor itself is what’s thrown around. The hard part is having something both durable, and safe to lob around. The display would respond to movements, tracked by a stationary tracking device. Could it work? Hell, if virtual pets were hug, anything can happen. — Andrew Dobrow