Cityware Tracks Both Adulterers And The Innocent Via Facebook 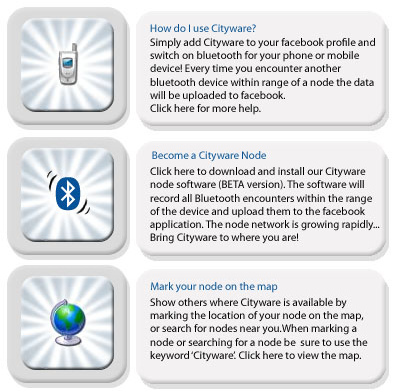 For those not familiar with the Facebook application Cityware, it uses Bluetooth technology to monitor tens of thousands of people around the world via their mobile phone and then dumps the data on Facebook. The best part? None of these people give their consent to be monitored.

You say your boyfriend got the sweats when you asked him how The Dark Knight was? That’s because he never went to see the movie. Instead, he was out sleeping around because he thinks you’re such a bad lay. With Cityware, you can see where that no-good cheatin’ son of a bitch is going out at nights. As long as his Bluetooth is enabled, the freely-available Cityware software will track his movements. The folks behind Cityware claim it’s not a big deal. Stating that no data linking individuals to specific movements is ever recorded. Then again, when there’s a will, there’s a way.