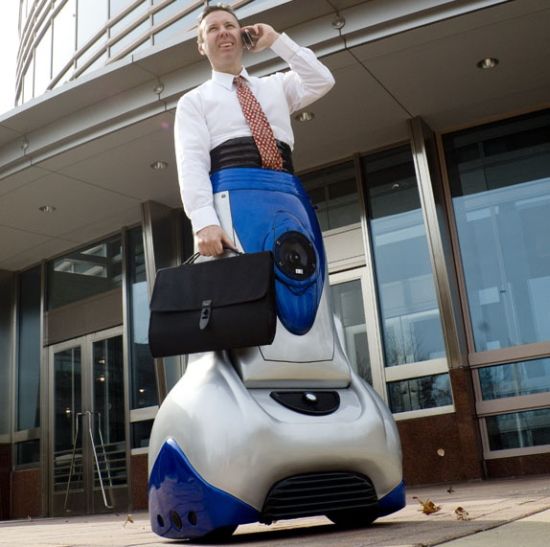 Legs just aren’t what they used to be. Human limbs used to be the driving force behind America’s booming industry, once ushering in a new age of wealth. These days, machines are slowly taking our place on the assembly line. From a businessman’s stand point, it just makes sense. Why pay four employees for a job that a single robot could do for free?

The Chariot wearable transporter, created for both amputees and lazy mothers alike, allows humans to integrate the speed of an engine and the force of robotic steel onto thier fragile human bodies, without the need for any life-altering surgery. Traveling at a max. speed of 12-miles per hour, or about double to triple the speed of your usual gait, the Chariot might soon be in mass production in tandem with the auto-industry. Check out the rad height boost you get too, after the jumpenstein. 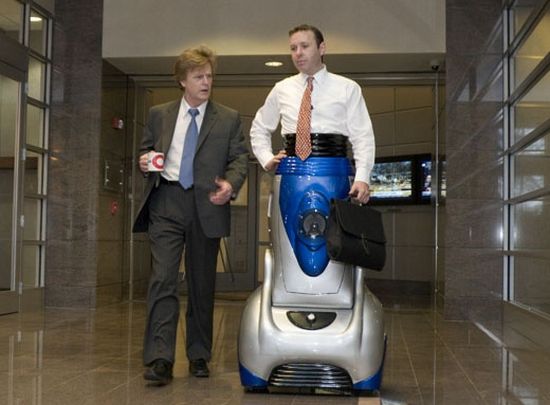