Busy Playing Fallout 3, Do Not Disturb 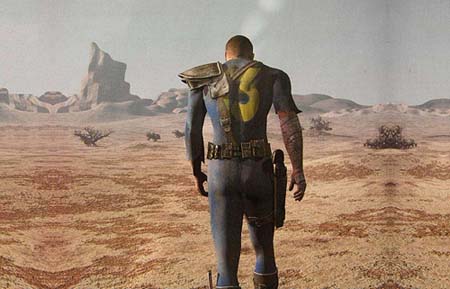 I’ve been flaking at work, school and life ever since the release of Fallout 3. I snagged the collectors edition of the game and haven’t stopped playing since. One thing I can say about the game this early on is it’s tough scrounging for ammo, especially after you’ve wasted all of it on a giant fire ant’s skull. Now in regards to leveling and building up your character, it is much easier than Fallout 1 and 2. In the previous games, you were lucky if you came out with a well-rounded character that could do a little of everything. Well, either lucky or just weak. In Fallout 3, with the adjustments to the way tagged skills work and the many skill-related perks in the game, a character can easily be half-decent at every skill in the game.

Of course, most players like to focus on one skill and become a master of it. I’m just surprised how well a “jack-of-all-trades” character works in this game. If I were to make a similar character in Fallout 1, I wouldn’t get past the first radscorpion cave. Check back for screens of the goodies that come in the collectors edition, later today.