Another Act Of Wealth From Dubai 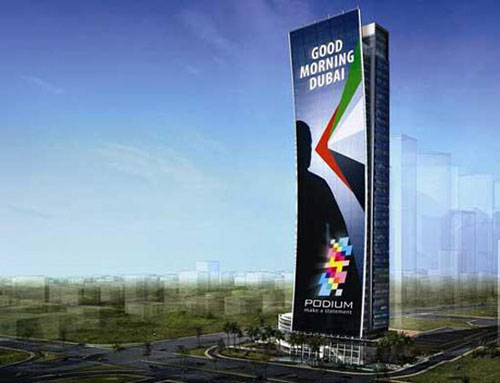 Dubai is a cool city and all, but have you ever gotten the feeling that it’s just flaunting its endless wealth? That’s because it is. Dubai is rich, filthy rich and they aren’t afraid of letting the world know it by dropping billions of dollars on over-elaborate fountains and animated skyscrapers.

Now, Dubai is “WOWing” the world once again by having the UAE development company, Tameer Holding, develop the world’s largest LED screen to be embedded on an intended commercial tower in the Majan district of Dubailand. That’s 33 stories of advertising. It might seem a little excessive, but this is Dubai. It’s got money and it’s not afraid to flaunt it.