Anna Logue Isn’t Too Hot, But That D20 Die Is 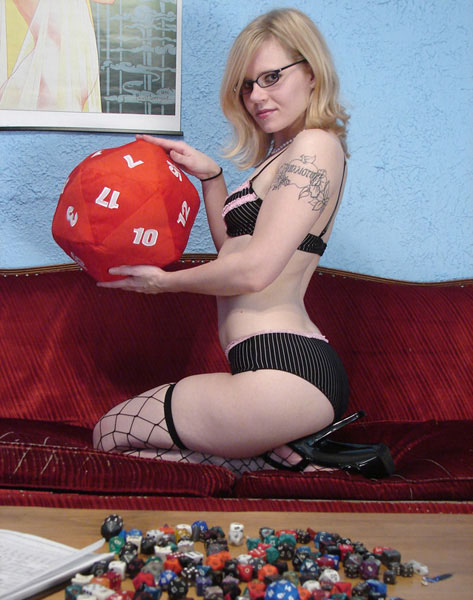 It’s Friday and I’m sitting here looking at a really busted chick. Nothing new, except that this time around, the busted chick is Nerdpr0n.com’s founder, Anna Logue. There really isn’t anything special about this woman, except that she’s straight up a nerd. No other word for it. She’s a true nerd.

The above picture shows her posing with a giant D20 D&D die, which is cool as fuck to an extent. But the pictures of her dressed up in a Star Trek uniform and as Harley Quinn from Batman. Now if only she heard about Curves or Jenny Craig. Then we’d be money.