A Varsity Jacket for Stormtroopers 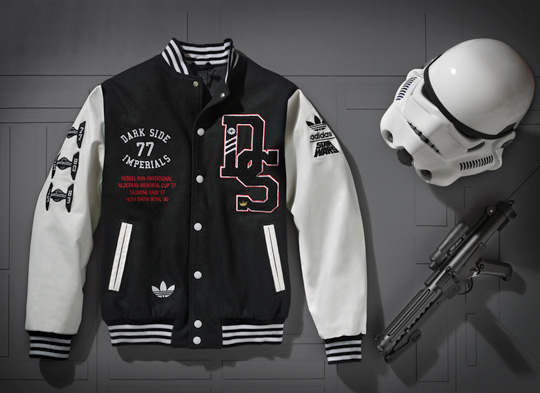 The varsity jacket, the universal symbol for jock superiority, unless you’re in the marching band, in which case you’re just an elitist prick. But seriously, I remember the kids from marching band who used to walk around in varsity jackets and they were all assholes. Walking around in a jacket with a drum embroidered on the shoulder does not impress the ladies, my friend. Chicks notice these things.

The Stormtroopers are sort of like the jocks of the Star Wars universe. In fact, they’re sort of like jocks and marching band members combined, which is like, the absolute pinnacle of evil. So in a way, varsity jackets would be a clear wardrobe match for the drones of the Imperial army. Adidas thought so too. The ‘Super Death Star Storm trooper Varsity Jacket’ is part of the Adidas Originals Fall/Winter collection for 2010. 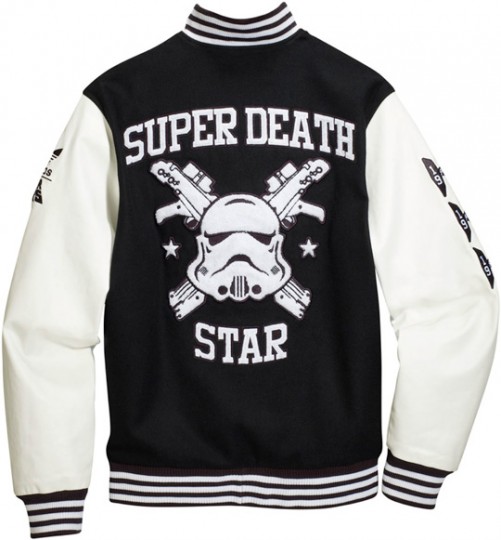