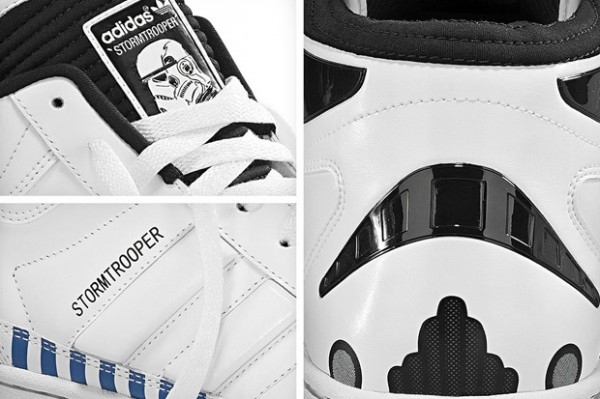 Star Wars is one of the most iconic movies of all-time. Never has their been a film which influenced pop culture to such a ridiculous extent. Everything from Jar Jar to the Death Star has become a culture phenomenon, for better or for worse. Who wouldn’t mind having a new pair of kicks, specially designed to incorporate iconic Star Wars characters?

Here we have a preview of Adidas Original’s upcoming release of exclusive Stormtrooper and Darth Vader-themed sneakers. The little peeks we’re privy to reveal a whole lot of awesome, even if we don’t get to see much. 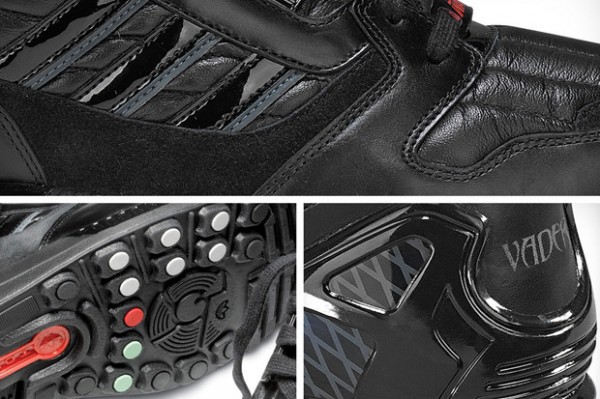