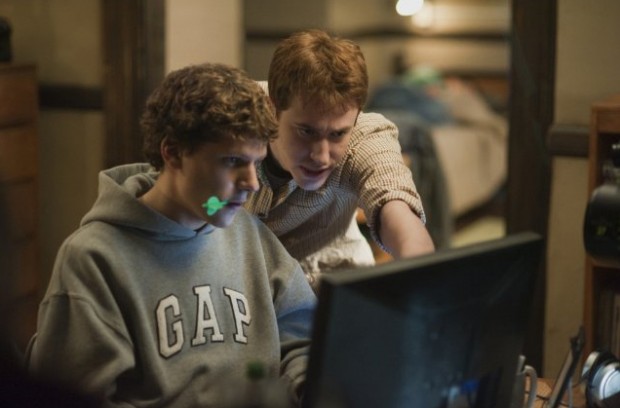 The current New York Review of Books, in its belated fashion, carries novelist Zadie Smith’s remarkable and troubling review of The Social Network, Aaron Sorkin’s absorbing film adaptation of Ben Mezrich’s execrable Facebook book, The Accidental Billionaires. Smith’s dissection of the film is smart and illuminating. But when she turns to the broader question of the cultural and human dimensions of social networking, things get complicated. Smith makes the mistake many critics of the social media fall into, presuming that our online personalities become our personalities tout court:

When a human being becomes a set of data on a website like Facebook, he or she is reduced. Everything shrinks. Individual character. Friendships. Language. Sensibility. In a way it’s a transcendent experience: we lose our bodies, our messy feelings, our desires, our fears. It reminds me that those of us who turn in disgust from what we consider an overinflated liberal-bourgeois sense of self should be careful what we wish for: our denuded networked selves don’t look more free, they just look more owned.

In a lengthy and thoughtful rejoinder at the Atlantic.com, technology editor Alexis Madrigal offer an alternative take:

When (Zadie Smith) has a bout of existential angst on the way to see The Social Network, calculating her physical age, she wonders, “Can you have that feeling, on Facebook?” Her implicit reply is no. Which, to me, is to miss the point. Twice, she tries to say we “live” online now….

But we will never live on the Internet in the way we (do) other places. Let’s not reify our online meanderings. The angst of a body slowly dying doesn’t go away no matter how many times you type something into a box and then hit return. And that is a good thing.

Smith wants to say, “You are who you appear to be on Facebook.” But who believes that of themselves or anyone else? She makes the drastic overstatement only to serve as her grounds for outright rejection of the service…. Should Facebook be responsible for making humans better friends, better lovers, more magnanimous, more prone to checking in on grandma?

There’s a necessary gap between our online avatars and our lives offline—and it’s up to us to shape and control that gap. Social-media anthropologist danah boyd, who spends her time talking to teens about their lives online, offers an example:

Mikalah uses Facebook but when she goes to log out, she deactivates her Facebook account. She knows that this doesn’t delete the account—that’s the point. She knows that when she logs back in, she’ll be able to reactivate the account and have all of her friend connections back. But when she’s not logged in, no one can post messages on her wall or send her messages privately or browse her content. But when she’s logged in, they can do all of that. And she can delete anything that she doesn’t like.

To exert control over her social self, Mikalah is exploiting Facebook’s most fundamental framework in ways unanticipated by its programmers. She may not know a line of javascript when she see’s it, but she’s coding—hacking, even—nonetheless.

It’s social coding, not computing per se. And it’s something which, in one form or another, we’ve been doing all along amidst complicated modern lives. As in computing, the codes keep changing. The challenge, online and off, is put best by media thinker Doug Rushkoff: program or be programmed. It’s a modern problem, not a Facebook problem—and at some level it’s not a bug, but a feature.