You Are Here: Earth As Seen From The Surface of Mars 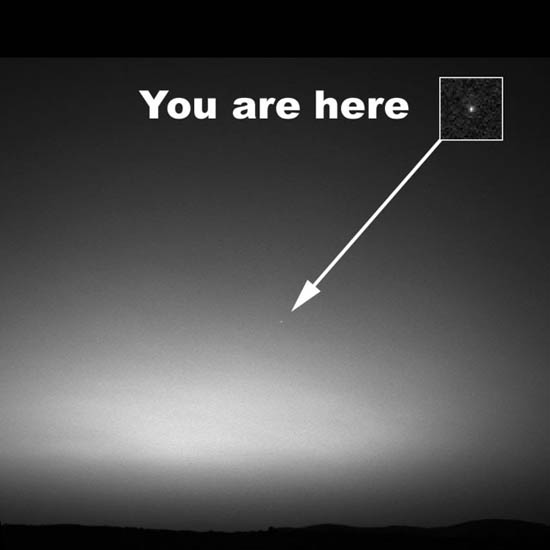 As Carl Sagan once said of the now iconic Pale Blue Dot photograph, “all of human history has happened on that tiny pixel, which is our only home.” On March 8, 2004, on a chilly Mars dawn, one hour before sunrise on the 63rd Martian day of its mission, also known as sol, the Mars Exploration Rover Spirit snapped this distant shot of the Earth, the first ever photograph taken of our planet from the surface of another planet beyond the Moon.

If the resolution of the Mars Exploration Rover Spirit’s camera were large enough, you’d theoretically be able to zoom in on individual people on roughly half of the Earth. So if you think about it, this is really just the largest group photo ever taken. Say cheese!