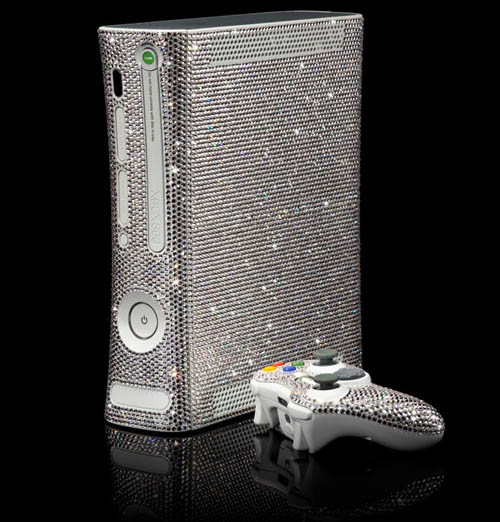 Bling extraordinaire CrystalRoc took on the challenge of pimping out Microsoft’s Xbox 360 in a PR campaign built for royalty. It took over 70 hours to expertly cover every inch of the console with 11,520 Swarovski crystals.

While it doesn’t seem like the blinged-out Xbox will ever go up for sale, I think Microsoft should auction this baby off for charity or something. At least let the excess lead to supporting a good cause rather then simply selling more consoles.