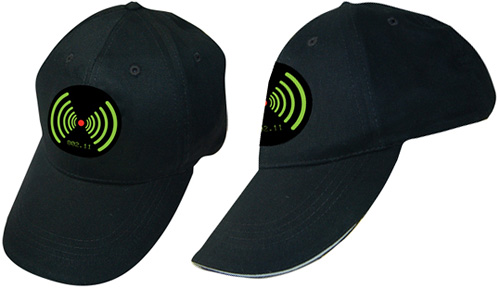 You don’t have to be one of those douche bags who walks around with a Yankees cap just because it’s trendy. You know most of those people have probably watched one or two games all-season and claim to be die-hard fans. Fuck off people.

It’s time to come to the realization that as geeks, no matter how sexily geeky we are, we’re not trendy. And we shouldn’t be trendy. In fact, we should be anti-trendy, but not to the point of hipster conformity. Even less so. The WiFi Detecting Baseball Cap is the remedy to baseball cap poser-dom. Slip the cap on and watch the amazed and disgusted stares from passerbys.