Why You Need The SanDisk CFast 2.0!

Are traditional memory cards not keeping up with your photographic demands? Then you need to check out the SanDisk CFast 2.0! 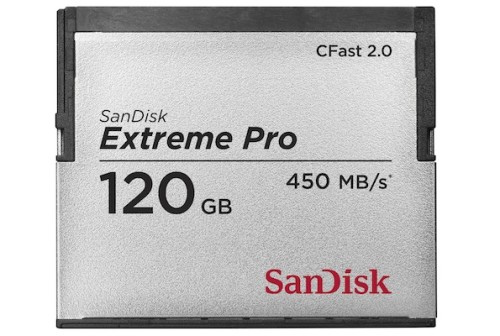 The SanDisk CFast 2.0 memory card and with read speeds of up to 450MB/s and write speeds of up to 350MB/s there is no doubt that it’s the fastest memory card in the world…at least for now. The card is also much more durable and does not feature pins which can easily become bent for extreme users.

Those who purchase the new memory card will all receive an exclusive serial number which can be registered with SanDisk for customer support concerns. The only issue right now? Well, there are two actually. The first being that the card will only be made available on a very limited basis, at least for now. Secondly, there is only one camera on the market capable of utilizing the card without an adapter is the Arri Amira.

The new memory cards are expected to be released in select stores shortly but so far there is no word on pricing.