We All Live In a Yellow Submarine Wedding Cake 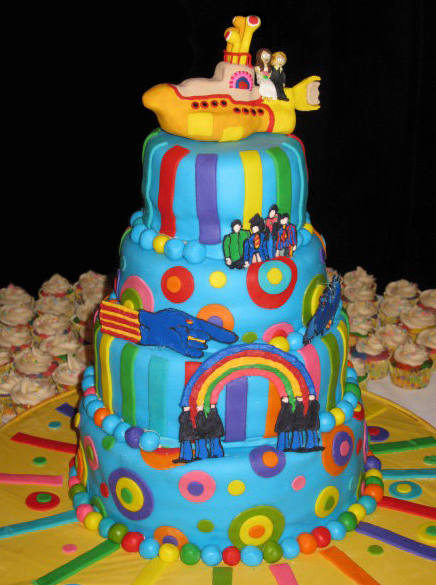 Inspired by The Beatles’ 1968 psychedelic animated feature, Yellow Submarine, which in turn was inspired by the song of the same name, Deviantart user Estranged Illusions created this awesome Yellow Submarine Wedding Cake. The cake itself was made using vanilla strawberry cake with strawberry filling, marshmallow fondant and white butter cream.

All the frosting design was made using Color Flow Icing, with the exception of the Submarine topper which was made using Sculpey, so even after the cake has long been digested, the newly married couple will have a great keepsake.