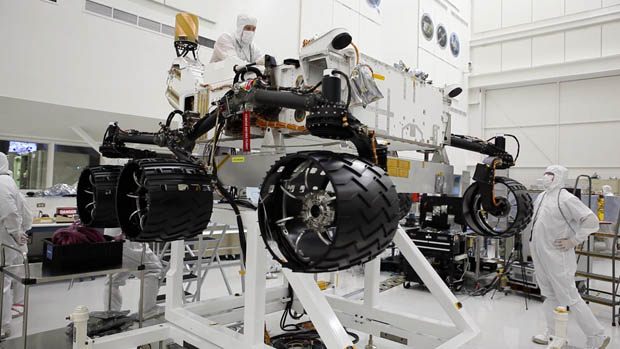 NASA has a little treat for all of us robot and/or space junkies out there. From 8 a.m. PT (11 a.m. ET) every morning, Monday-Friday, work begins at NASA’s Jet Propulsion Laboratory in Pasadena, Calif, as engineers carefully assemble the Curiosity Mars Rover. And you can watch them do it live with NASA’s Curiosity Cam.

Other than occasional “maintenance periods” (obviously just the points of the assembly where the engineers attach the technology given to us by aliens), you can watch the complete construction of the Curiosity, which will land on the surface of the Red Planet around August 2012. Click play on the embedded video player after the jump to watch the live assembly.