US Lawmakers Could Pass Controversial Bill that Breaks the Internet 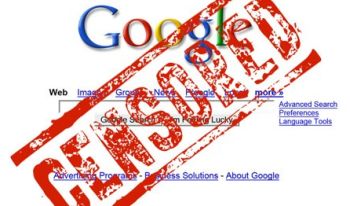 A controversial bill called “COICA” was in the spotlight last year, for its aggressive approach to internet censorship. Though it didn’t pass, it’s been revamped again this year, with a new name (PROTECT IP) and even more potentially devastating internet restrictions.

The public theory behind these censorship bills is to protect “intellectual property rights” — basically, to help prevent piracy. However, as some people have pointed out, there are some huge, glaring loopholes which could potentially spell trouble for regular internet users.

The bill focuses on blocking US users from accessing “infringing” websites, which often host pirated material (or links to torrent files). Most of these websites are outside of the United States, which has previously presented a problem for legislators.

However, the language on what qualifies an “infringing” website is incredibly broad, which has made internet privacy advocates incredibly suspicious.

There’s a really good explanation of the bill, and what it could mean for you, at the source link.