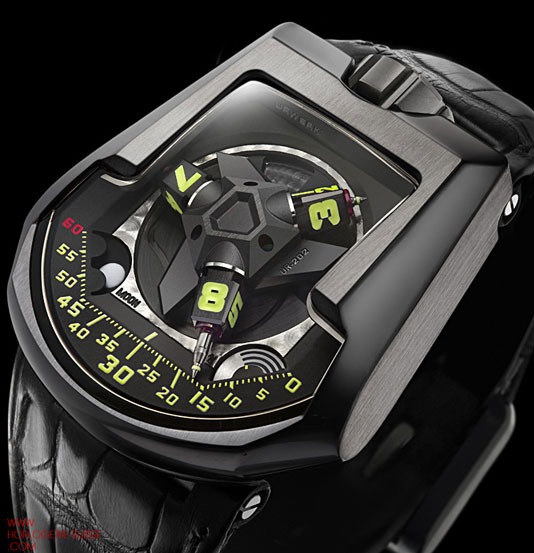 Urwerk took their opportunity at SIHH 2008 to unveil their new 202 Hammerhead Automatic wrist watch which has a innovative new winding rate which is geared with fluid dynamics. For over a century, watch makers were playing around with watches powered with air friction, aided by a traditional rotating vane, much more reliable then the old sand-powered hour glass.

The 202 Hammerhead replaces the traditional vane with two mini-turbines which act as mini air compressors. These turbines give the sexy Hammerhead a dynamic flair, as you can watch them move on the rear of the watches face. And oh yeah, it looks really sexy. 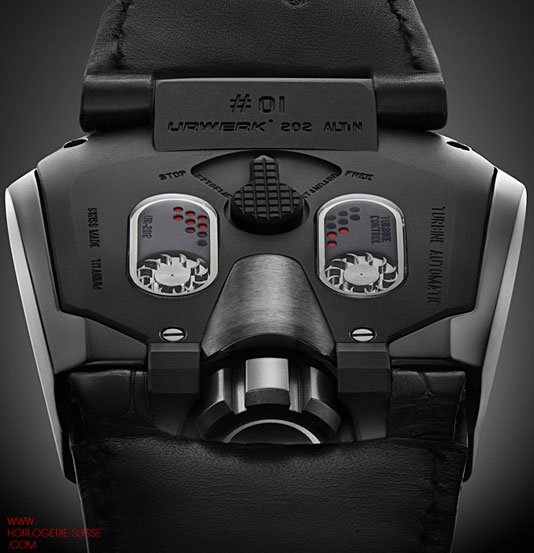