Universal Signs Up For “Asteroids” Movie 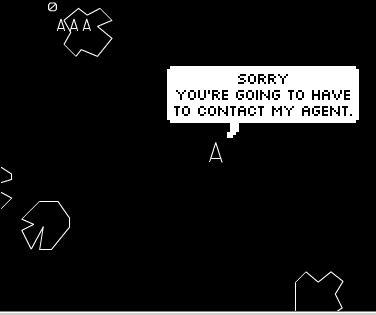 Don’t ask me how they are going to make a movie out of a game based on outlined pixels, but apparently they’re willing to try. Universal Studios has picked up the rights for the “Asteroids” movie. The film will be produced by Lorenzo di Bonaventura with a screenplay by Matthew Lopez.

“Asteroids” literally had zero plot, unless you count a triangle shooting jagged pixelated shapes climactic. So it’ll be interesting, and most likely scary, to see it translated to the big screen if this project pans out.