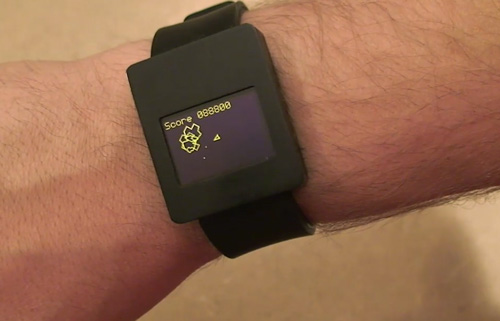 Holy shit this is cool! A slick little wristwatch with a fully-functional version of Asteroids on it. It was created by a guy named John Maushammer, who apparently also created a Pong watch. The computer usually plays the game but you can tilt the watch like an iPhone to control the ship. Insane. Could you ask for anything cooler for the holidays? I think not, but good luck getting one out of John.