Unicornasaurus Looks Like The Tooth Fairy of My Dreams 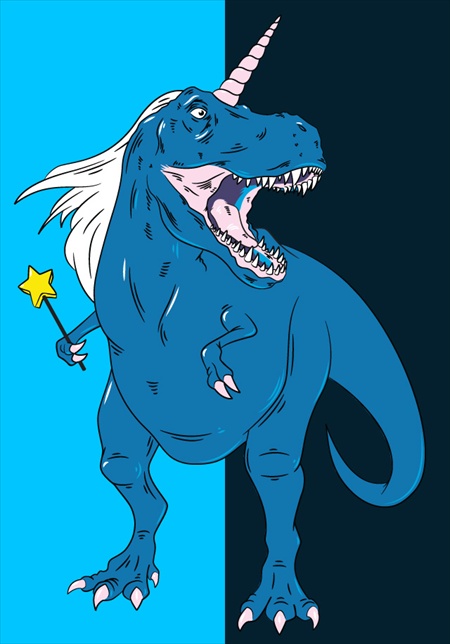 The tooth fairy is one elusive creature. While Santa Claus’s identity is well known, the Tooth Fairy remains anonymous and mysterious, sometimes taking the form of a mythical fairy, other times resembling a full-sized woman. In my dreams, the toothfairy looks something like this Unicornasaurus.

Can’t you see this big guy sneaking into your room, tapping your pillow with his little wand and magically modifying your parent’s memory so they think they put that dollar bill under your head. Sneaky… very sneaky. The Unicornasaurus t-shirt was available from Tee-Fury, but seems to have been taken off the shelves forever. Shame! 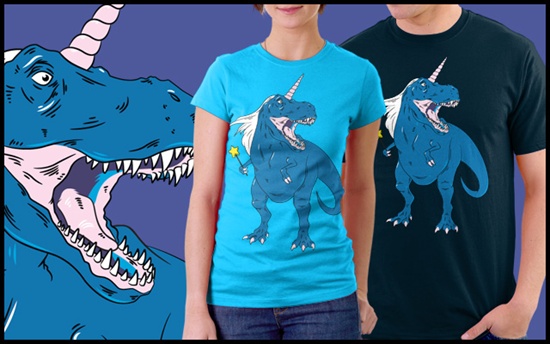