Timex Fingernail Watches…Not So Much 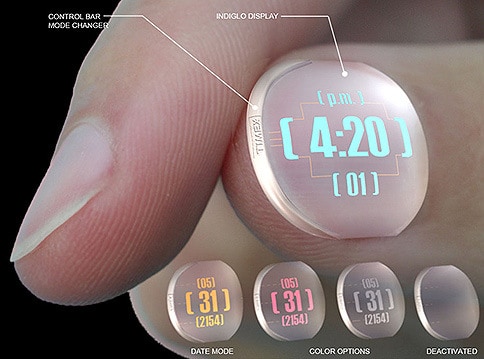 Despite winning The Future of Time competition, this newfangled gadget has yet to become the next big thing and we’re pretty sure we know why. To start with, this watch is just too tiny – who can see their regular watch anyway and for those of us who are getting on in years, there’s just no chance. Then there are the women with press on nails or women who like their expensive manicures. There are the nail biters, the manual laborers…the list goes on and on. Sure, the fingernail watch is a “neat” futuristic concept but it’s just a little impractical – at least until we’re all shooting around in flying cars and even more lazy that many of us are already.