The Grapes of Cash 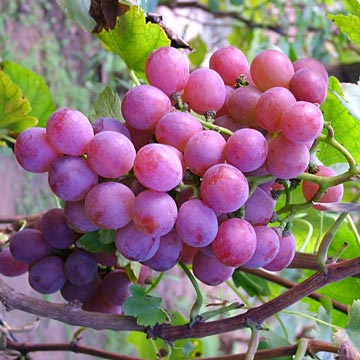 If Tom Joad had some of these grapes, he could have moved out of hicksville and into the Ritz-Carlton or some shit. This bunch of deliciously sweet grapes went for $1000 at a recent auction. For $1000, a hotel owner was able to procure 30 of the sweet, succulent grapes that are a little smaller than a CamBall. These just weren’t any grapes though:

The Ruby Roman variety, developed by the Ishikawa Prefecture Agricultural Research Center, was sold to an upscale hotel owner on Monday. The single bunch, consisting of 30 grapes each slightly smaller than a ping-pong ball, were described as “delicious: sweet but fresh at the same time, very well balanced,” by Agricultural official Hirofumi Isu.

I have a lot of dirty jokes I’m tempted to crack since it’s Friday but I think I’ll leave that up to you and the comments.